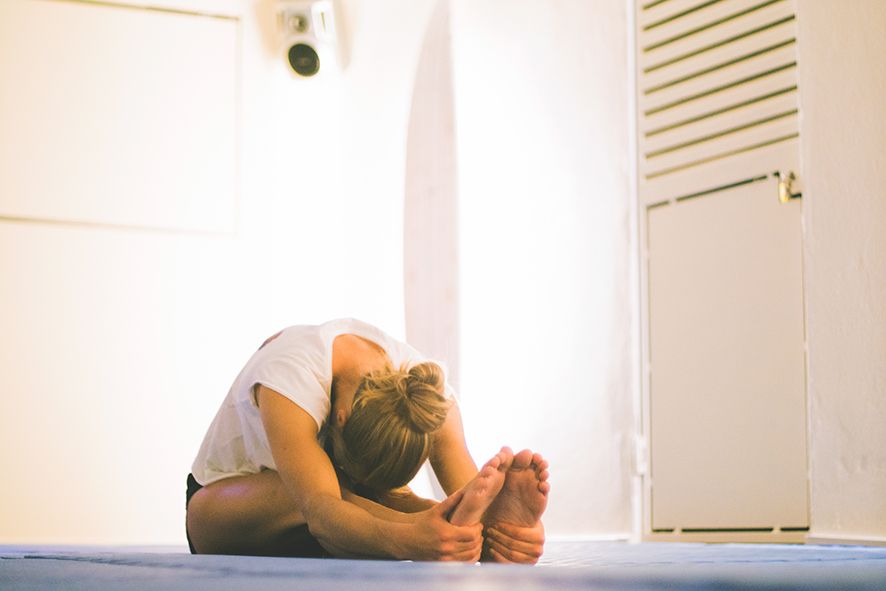 A yoga instructor enters the studio and sees ten pairs of enthusiastic women’s eyes looking at her/him and, if change happened among the stars, one pair of man’s eyes, unconfidently blinking somewhere in the furthest corner. 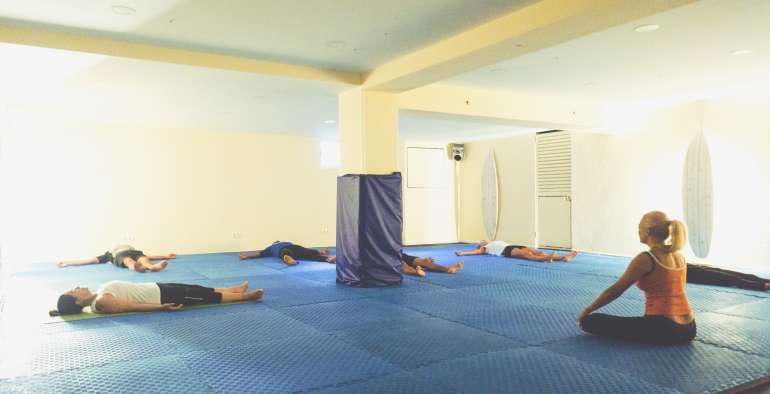 While more and more men start acknowledging the benefits of yoga in general and for surf in particular, the female dominance at “namaste kinda thing”, at least in surfcamps, is still striking. Maybe men are overall more skeptical about the power of proper stretching and briefing exercises or yoga appears to compromise their masculinity, it’s hard to say, but sooner or later you’ll have to admit it: yoga is great and a combo of yoga and surf is even greater.

you’ll have to admit it:
yoga is great
and a combo of yoga and surf is even greater.

What is the thing that makes surf and yoga perfect paramours, though?  They have been together for while and don’t seem to splitting ways. Apart from sharing a few things in common – both are not just physical activities but lifestyles – they also complement each other perfectly and make an effective crosstrain pair.

Especially if surfing is not your daily routine but just a holiday activity, it will crush like a missile on your muscles and after two-three days your body will demand some rest. To avoid this and surf HARD and FULL ON the entire week of precious vacation, yoga is a must. It will help you to reduce muscle pains and recover effectively and rapidly after each session, Moreover, yoga contributes to a better and deeper sleep, which is also essential to recovery. 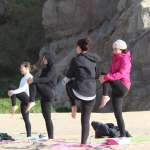 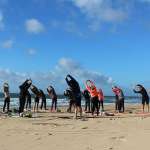 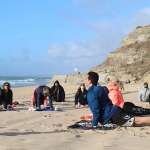 If surfing is not your daily routine but just a holiday activity,
it will crush like a missile on your muscles
and after two-three days
your body will demand some rest.

You might be surprised but you actually need a certain flexibility when on a surfboard. We don’t speak about performing splits or aerobasques, but being able to turn that foot just a few centimetres more will make a huge difference to your position and, therefore, surfing. Our surf instructor Johny says that since he started practising yoga on a regular basis, he finally managed to improve his position on a board and, as a result, perform much better turns. 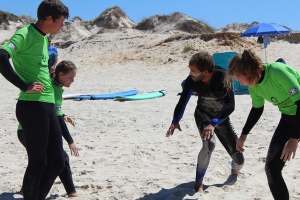 Is This My Body?

After spending the entire life in our body, we often don’t have a profound realization of how it works and behaves in various situations. In other words, we remain unconscious of our own body. On top of that, we are unconscious of our unconsciousness 😀 Yeah, it’s pretty bad. 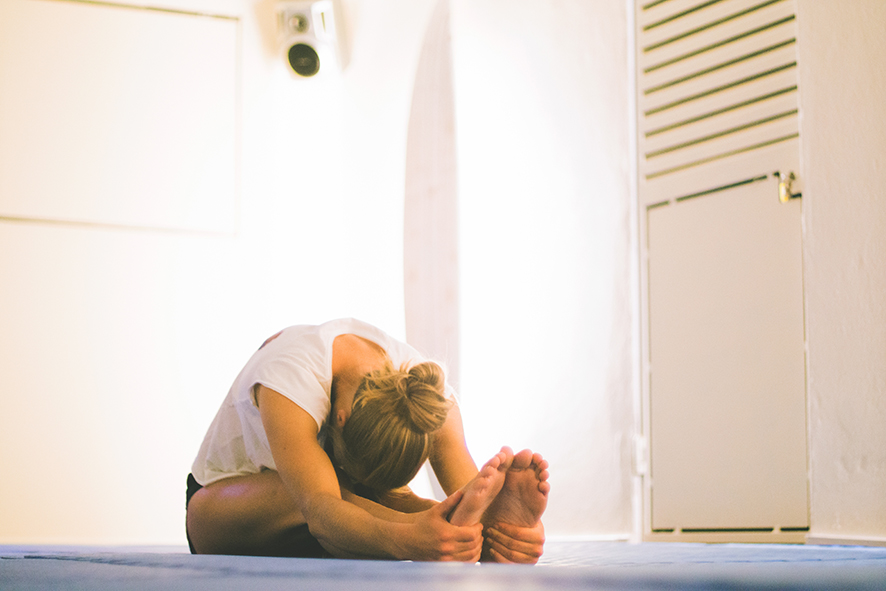 When getting in the water for the first time, we suddenly discover how limited control of our own body we have with balance and breath being the key challenges. While in surfing the dynamic environment makes it hard to focus both on self and constantly changing context, yoga offers a static setting and a slower pace, which is perfect for building the mental and physical understanding of self.  Improve your balance, get stretchy-ier, master breathing techniques and boost resistance with yoga while on land, and then take all this onto water – you’ll notice the difference!

….what you do outside of water
is almost as important as
what you do when in it.

In conclusion, we would like to say, especially to our sceptical male surfers-to-be, that during WQS in Santa Cruz, Cliff hosted a dozen of top athletes, and none of them would dare to miss yoga 😉 Because the more you get into surfing, the more you realize that what you do outside of water is almost as important as what you do when in it.

So, would you give it a try?